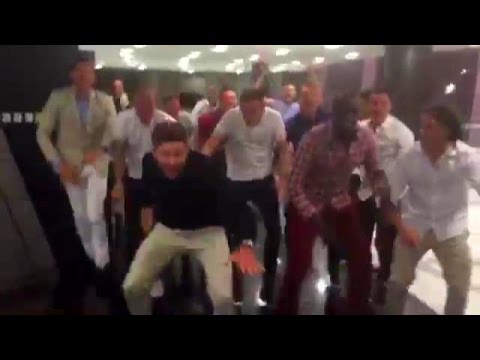 Liverpool’s departing captain Steven Gerrard leads a hilarious and rowdy rendition of the fans favourite, Kolo and Yaya Toure chant whilst on a team-building trip in Dubai.

To make sure you don’t miss any of my videos
on this and my other channels please :