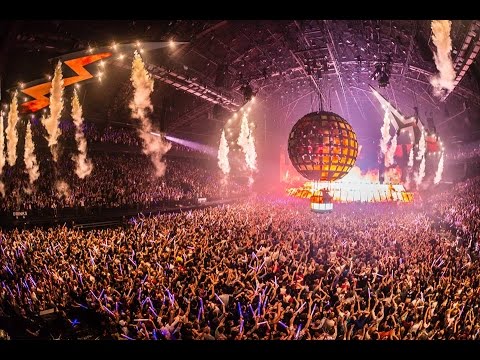 Win a trip to Tomorrowland with Dimitri Vegas & Like Mike:

Stream or Get your copy of “Complicated” now:

Win a trip to Tomorrowland with Dimitri Vegas & Like Mike:

Relive the MADNESS with these exclusive Spotify playlists:
Bringing The Madness Playlist:

The Smash The House Radio Playlist:

Check out the official music video of ‘Higher Place’ with Ne-Yo:

EXCLUSIVE: Watch Dimitri Vegas & Like Mike team up with Charlie Sheen & Jean-Claude Van Damme for their massive “The Hum” music video!! Check it out on !!

On 19th & 20th December, the big beat kings of the arena mainstage, Dimitri Vegas & Like Mike, showcased to a home nation crowd their new global tour concept – Bringing The World The Madness. Taking over Antwerp’s iconic Sportpaleis Antwerpen for a double header of shows the dynamic duo gave frenzied fans, and the hundreds of thousands watching in via the official live stream, an earth shuddering introduction to what is set to become one of the most talked about live tour shows of 2015.

Over 40,000 music-loving fans turned out to be a part of history as the current World #2 DJs, and undoubtedly electronic music’s biggest duo, unveiled their first official world tour project and gave revellers a feast of mesmerising production unlike anything seen before. Featuring a slew of new releases, alongside an array of favourable party edits and mash-ups, the show also featured a surprise guest appearance by Dim Mak head honcho Steve Aoki who joined the Belgian brothers to form part of their 3 Are Legend act, and leave spectators shell-shocked by an unexpected roadblock performance.

Designed and powered by the minds of the team behind the world’s biggest dance festival, Tomorrowland, this new global adventure will see Dimitri & Mike circumnavigate the globe in 2015 and bring their distinctive Smash The House flavours to a ready army of dancefloor destroying people party. Step forward Bringing The World The Madness as Dimitri Vegas & Like Mike welcome the newest and most exhilarating chapter to the 2015 clubbing calendar…